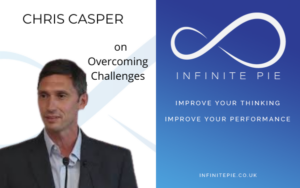 In this conversation with Chris Casper, we discuss his experience of dealing with a career ending injury, starting again in a new role, the definition of pure coaching, building teams and the benefits of developing relationships and learning from others.

Chris was a member of the Class of ’92 at Manchester United, became the youngest manager in the top 4 divisions, worked for the FA Premier League and is now the Sporting Director at Salford City Football Club.